Is The CPI The Same As Inflation? 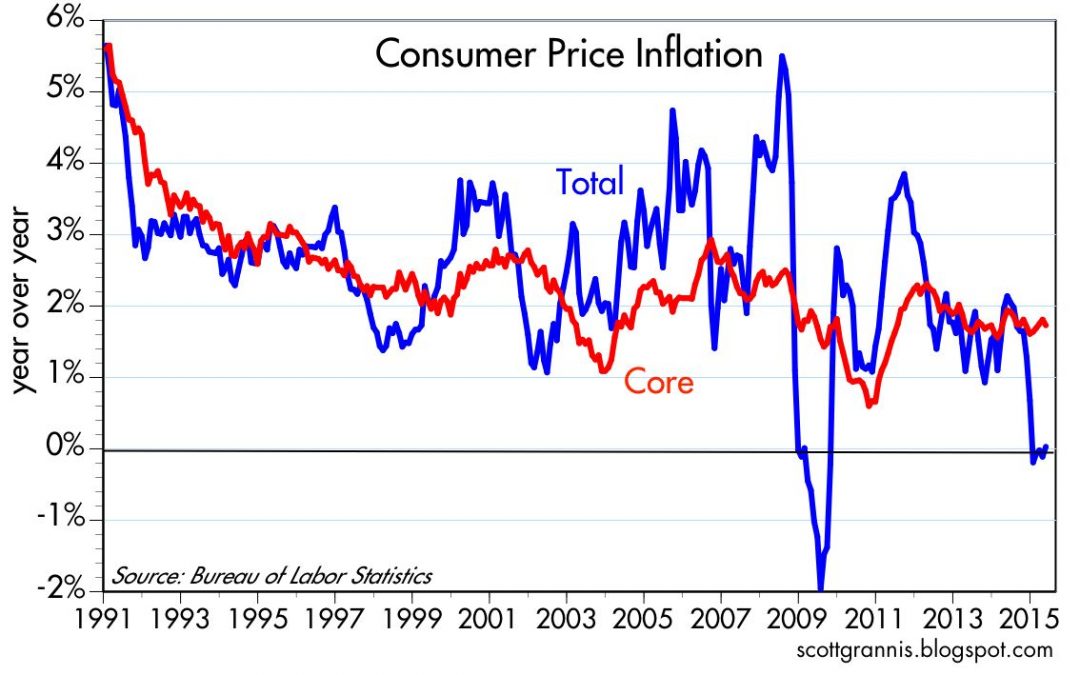 Simple common sense tells us that the CPI or Consumer Price Index really has nothing to do with actual inflationary numbers. For the second year in a row the Consumer Price Index for All Urban Consumers (CPI-U) remained under 2 percent. We are told that on average, consumer prices increased only 1.5 percent, according to the government. If you are like me you ask yourself how can that be true with the cost of gasoline, milk and energy just to name a few, escalating at what sure seems to be a higher rate when I check the balance in my checking account.

Well as it turns out the government has an incentive to keep this statistic as low as possible. In fact, the CPI doesn’t even measure inflation, rather a range of consumer spending behaviors. So what does that mean you ask yourself, well the CPI is perhaps one of the most important government statistics because it is used by a number of government programs such as social security, as a benchmark to set public policy.

The CPI directly affects the incomes of about 80 million Americans, specifically: Social Security beneficiaries, military and federal civil service retirees and those on food stamps. To put it very simply, the higher the CPI the more money the government has to dole out for these programs so as to keep pace with the cost of living.

What is incredibly interesting is that over the last 30 years the government has changed the way it calculates the CPI more than 20 times according to a report by the Bureau of Labor Statistics. While it is often necessary to make changes to indexes to keep up with the times, it seems that it is also a convenient way to include or exclude certain products that give favorable low inflation results, this is of course only a guess as there is no transparency as to how the CPI is actually calculated. The BLS however does give some insight on their website as to how it calculates the CPI. The economic assistants track about 80,000 consumer products each month known as the Market Basket of Goods. However,

“If the selected item is no longer available, or if there have been changes in the quality or quantity (for example, eggs sold in packages of ten when they previously were sold by the dozen) of the good or service since the last time prices were collected, the economic assistant selects a new item or records the quality change in the current item.”

They then plug this data into a formula along with other factors including census information and consumer spending habits. In other words, the CPI doesn’t actually measure changes in consumer prices, it actually measures the cost-of-living.

So how is inflation actually measured?

Well when it comes to the Federal Reserve, they measure monitary inflation with what is called the M2, the supply of US dollars including cash, checks, checking and savings deposits and money market mutual funds. The bottom line is that the more money that is “created” and put into circulation, the lower the value of the currency. Just to give you an example of how much money has been created recently we just need to look at the Federal Reserves quantitative easing or bond-purchasing program. In the year 2013 approximately $116 million dollars per hour was created. So how is it that the CPI shows inflation of 1.5% and during the same time monetary inflation grew at approximately 4.9%*

So what does all this mean to me?

The bottom line is that it is very important to measure inflation correctly, because consumers especially those who are on a fixed income, such as retiree’s and those who are disabled are directly affected in a negative way by rising prices. The CPI is also used to set tax and monetary policies which affects economic growth.

So if you financial planner is telling you that you only need to factor in 2%-3% for inflation because that is what the CPI says, then you might want to use your own good judgment and get a second opinion.

At the AllianceGroup we teach people how money really works and what the truths about money are. To learn more visit our website AllianceGroupFinancial.com